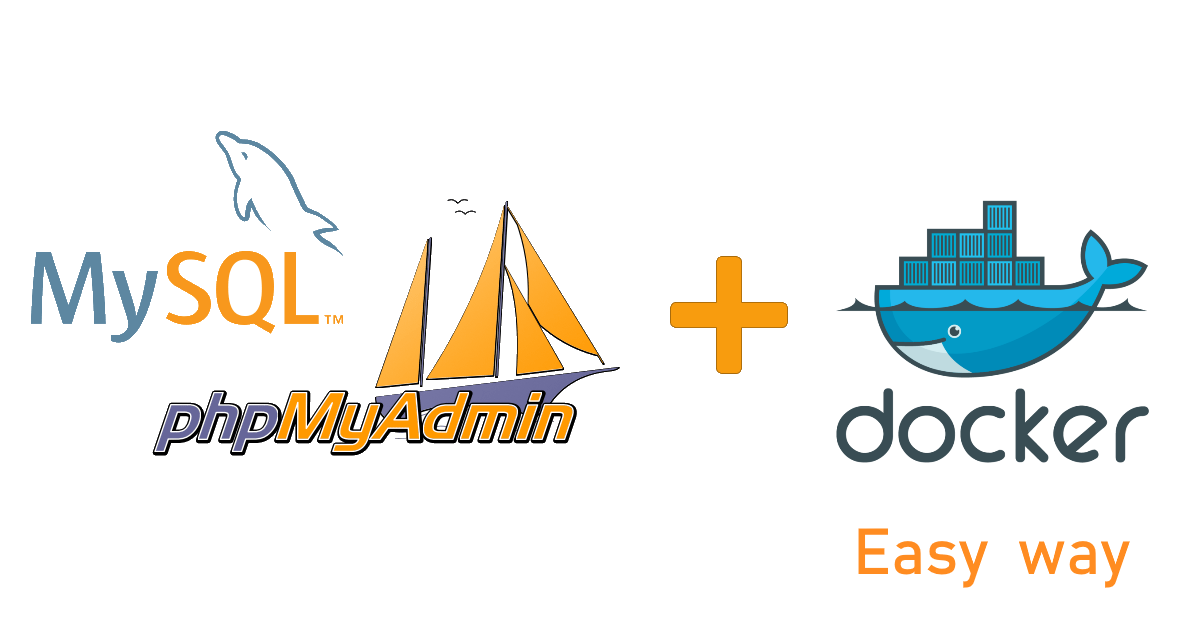 Installing a relational database with a web based management tool is a very common requirement for a wide range of software projects. Not too many years ago, developers needed to download and install these components manually into our local machines in order to be able to work. However, thanks to container based technologies like docker, we can get our environment up un running in 3 simple steps.

This step by step tutorial is written based on the following requirements:

This tutorial aims to get up and running a fully functional platform with MySQL Community Edition + phpMyAdmin working on your local machine with the help of docker. Let’s briefly describe these elements.

MySQL Community Edition is a freely downloadable version of the world’s most popular open source database that is supported by an active community of open source developers and enthusiasts.

PhpMyAdmin is a free software tool written in PHP aims to provide an easy to use Web based interface to manage a wide range of operations on MySQL and MariaDB databases. Daily work operations like managing databases, tables, columns, relations, indexes, users, permissions can be performed via the user interface without missing the ability of executing any SQL statement.

Docker is a software platform designed to make it easier to create, deploy, and run applications by using containers. It allows developers to package up an application with all the parts it needs in a container, and then ship it out as one package.

Using docker allows us to get and run containers to execute a wide range of software packages, so a very popular software like MySQL, is not an exception.

If you get a message like the one displayed above, it means your docker installation is ok. Then you can proceed to obtain a MySQL docker image by typing the following:

The previous command will download the version 8.0.1 of mysql within an image available in the Docker store, so now you can run it into your local machine:

Let’s explain the options for the command docker run.

If everything went well you could see the running container by typing the following command:

Once the container running MySql server is working, the next step is configuring another container with phpMyAdmin. A quick search in docker hub by phpMyAdmin will show us a list of phpMyAdmin related images. In our case, we select the following one (https://hub.docker.com/r/phpmyadmin/phpmyadmin) which includes, not only an instance of phpMyAdmin, but also all components required by the app like a Nginx web server with PHP.

To download the latest stable version of the image, open a terminal and type the following:

After downloading the image, we need to run the container making sure that the container connects with the other container running mysql. In order to do so we type the following command:

Let’s explain the options for the command docker run.

If everything went well you could see the running container by typing the following command:

Yes, that’s all…everything is done! Easy right? You only need to open your favourite browser and type the following url: http://localhost:8081/ so your instance of phpMyAdmin will show up. To access, type root as username and the password you established in the step one when running the mysql container (if you followed the tutorial the password is mypass123).

In this post we have demonstrated how easy can be to get your mysql + phpmyadmin platform up and running using docker. If you have any insight, comment or you think something is not right, I would really appreciate your feedback. Otherwise, I hope this tutorial helped you in getting started with docker.